Private Internet Access is a well-established VPN provider. It has simple apps, a large server network, and decent internet connections, among other features. This VPN service, situated in the United States and numerous other countries worldwide, allows users to mask their IP address and internet activity, stream geo-restricted content, and share files using peer-to-peer apps. 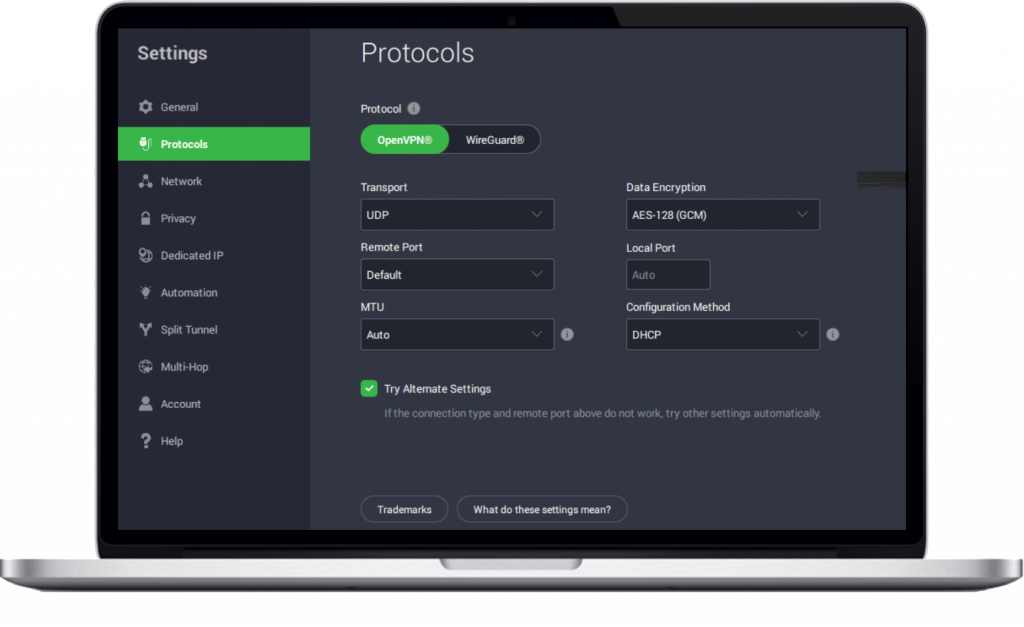 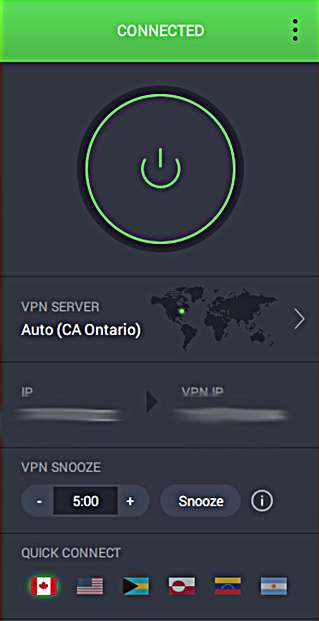 Private Internet Access (PIA) was established in 2010 in the US and is currently owned by a company called Kape Technologies. This VPN service boasts over 35,000 servers globally in more than 80 countries and supports fan-favorite tunneling protocols such as OpenVPN, WireGuard, and IKEv2.

However, the Private Internet Access jurisdiction being the US, a member of the Five Eyes intelligence Alliance makes some internet users nervous. Of course, the company says they follow a strict zero data logging policy and even touts court documents to show that when authorities ask it for users’ information, it has none because it doesn’t keep them. But still, individuals working with very sensitive data have qualms about using US-based VPN services.

It’s one of the cheapest VPN services, with plans starting at $ 3.33 per month. New users get a one-week free trial, and the subscription kicks in at the end of the period. A 30-day money-back guarantee period is also allowed.

Most OS’s, including Android, Windows, Linux, macOS, and iOS, as well as browsers like Chrome, Firefox, and Opera, are compatible with this VPN. It offers servers for streaming, P2P file sharing, gaming, and other internet activities. It also provides protection when using YouTube, Facebook, Instagram, Twitter, and TikTok.

Main Benefits You Can Expect

Alerts you in case of breaches in your emails. Email breach monitoring allows you to reset your password before hackers can cause more harm.

On some networks enables faster download by allowing data to bypass NAT firewalls because of the VPN multihop add-on.

You use the same public internet address every time. That helps access banks, streaming services, and other sites that restrict VPN users. (Charged separately)

Why should you choose
the Private Internet Access VPN

Private Internet Access boasts over 35,000 servers spread over 80 countries. This large server network puts it in a position to go toe-to-toe with the best VPNs, such as NordVPN, ExpressVPN, PureVPN, and CyberGhost. As a result, you should not have a problem finding a nearby server, plus reduced server congestion means better speeds.

Geo-spoofing is also straightforward with Private Internet Access’ enormous overseas server network. This means as long as a country has a server, you should be able to access content restricted to that country.

The servers are spread well in all continents: North America, South America, Europe, Australia, Africa, and Asia. Even regions such as Turkey and Vietnam that censor VPNs heavily are covered. However, the company has no server whatsoever in Russia. Plus, it used to have servers in Hong Kong but was forced to relocate them to a nearby country after the Chinese crackdown on VPN services.

However, some of these servers are virtual, meaning they may not be located in the country in which they assign you an IP. The good news is that the company provides a list distinguishing which of their servers are virtual vs. bare metal.

Tests on 1 gigabit per second lines in the US and the UK found OpenVPN speeds of 200-300Mbps and 210-240Mbps, respectively. When changing to WireGuard, speeds dropped to 100-120Mbps in the United States but increased to 430Mbps in the UK.

Additionally, you can obtain a dedicated IP Address and antivirus protection as add-ons a la carte.

Private Internet Access also offers WireGuard and OpenVPN on all Operating Systems. Open VPN is an open-source tunneling protocol that is constantly scanned for flaws. WireGuard is the newest alternative to OpenVPN. It provides faster speeds and increased security, but it may not function with dedicated IP and split tunneling features. Additionally, iOS users have the option of using the IKEv2 protocol.

Another security feature of Private Internet Access VPN is Identity Guard. This tool alerts users in case of breaches in their emails, thus preventing identity theft. Therefore, email breach monitoring allows you to reset your password before hackers can cause more harm.

On some networks, Private Internet Access also allows port forwarding. This is a more complex configuration that, while not required for a VPN, will undoubtedly be cherished by network hobbyists. It enables faster download by allowing data to bypass NAT firewalls. Port Forwarding is possible because of the VPN multihop add-on.

While Private Internet Access offers a robust privacy policy that encompasses no monitoring of users’ browser history, it is based in Colorado, the United States, which is a partner of the Five Eyes alliance. Therefore shares surveillance data with Canada, Australia, New Zealand, and the United Kingdom.

The company’s representatives have said that no data is collected. Still, if you work with very sensitive data, you might prefer a service that operates outside the jurisdictions of such surveillance alliances, including the 14 eyes alliance.

Private Internet Access unblocks several geo-locked contents allowing users to stream Netflix US, Canada, Netherlands, and the UK from anywhere as long as they are subscribed to this streaming service.

The company recently added a special London server to meet user demand for BBC iPlayer access. Other streaming services you unblock with PIA include:

Private Internet Access VPN allows P2P file torrenting on all its servers and even provides port forwarding features so individuals can circumvent NAT firewalls and achieve superior download speeds. Some of the compatible torrenting clients include Utorrent, BitTorrent, Transmission, and Deluge.

Private Internet Access is compatible with Android, Windows, iOS, Mac OS X, and Linux. The VPN can also be installed on gaming consoles, smart TV, and even routers to protect all the devices connected to a network but don’t have their VPN apps. Alternatively, you could buy already configured routers from the company.

While using a VPN to configure your router helps hide your entire network but might reduce the speed and performance of devices that don’t require protection. That’s why PIA provides apps for various devices and supports up to 10 devices simultaneously.

When you purchase a PIA plan, you will receive login details for PIA VPN applications and web browser extensions (Chrome, Opera, and Firefox). You will then need to install the VPN program or browser extension, log in to your account, and start using this VPN service.

Private Internet Access is among the most trustworthy VPNs for circumventing censorship. It works in China and other fiercely censored countries, including the United Arab Emirates, Russia, and Turkey. It uses the OpenVPN protocol and the Shadowsocks proxy to get around even the toughest firewalls.

Setting up PIA on computers is simple. PIA VPN apps download page has a full changelog that reveals which modifications have been made to the software, and if a new version of an app isn’t functioning correctly, you can always download the older versions. OpenVPN also provides configuration files should you wish to use your own software.

A huge Connect button will link you to the nearest server after downloading, installing, and signing in to your PIA account. There’s also a searchable list of server countries and cities and their ping times to select the one that suits your needs. There’s even a favorite function.

PIA allows you to select tunneling protocols and AES encryption. Supported protocols include WireGuard, OpenVPN UDP, OpenVPN TCP, and iKEV2. At the same time, encryption options are AES-128 and AES-256. Just go to settings and choose what you want.

If the VPN disengages, for whatever reason, the desktop client features a kill switch that blocks internet access, thus preventing DNS and WebRTC leaks.

An excellent command-line client named ‘piactl’ allows tech-savvy users to use a script to manage the VPN. It makes it easy to customize the VPN, like when it should switch on and off, etc. Unfortunately, the documentation for this functionality is sparse, but it’s simple enough to figure out what it does.

So, despite their simple appearance, PIA’s desktops are jam-packed with extra capabilities that make VPN use fun.

Meanwhile, the LiveChat service is available 24/7. The customer service representatives are knowledgeable, friendly, and quick to help. To start a live chat, go to the official website and enter your email address and account ID. PIA makes it easy for users to contact service reps for support by lightening the authentication process.

Apart from live chat, email, and knowledgebase, PIA also has a ticketing system, allowing users to get in touch with staff by requesting tickets. However, responses take longer, sometimes up to 3 business days.

Except for the fact that Private Internet Access VPN is based in a country that’s part of the 5 eyes intelligence alliance, there isn’t much to complain about its setup and services. It’s as comprehensive as VPN users demand, including dedicated IPs, antivirus, ad-blocks, and other security features while supporting excellent tunneling protocols such as WireGuard and OpenVPN. Unfortunately, its server speeds could use some improvement, too, because they are just average.

That said, it’s one of the most affordable VPN services, with subscriptions starting at only $3.33/month, with a one-week free trial and 30 days money-back guarantee. That means you have enough time to give it a look-see and make up your mind.

What is the experience that helps me provide solutions

During years of work on multiple projects, I noticed that most people struggle with technical questions, and sometimes finding correct answers is impossible on the congested internet. Therefore, I started providing my experience online by researching products and services to help everybody who seeks my help.

Would you be interested in learning more about my findings on VPN services? If yes, please continue reading, and I thank you if you find it helpful and wish to support me by following one of the links.